Home › Balanced › Time For The Curtain To Come Down

Time For The Curtain To Come Down 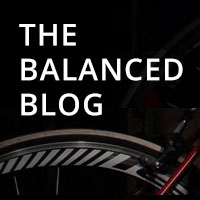 I want to start by saying this is my personal experience. I don’t pretend to know how things playout all over the globe, BUT from my small corner this is what I see. In my few years of racing I hear all the time about watts from many of my male friends and acquaintances (including my husband and my coach who also race). We often discuss our watts for this ride and that ride; what they were for the race last weekend; our power for the same race the previous year. We talk about what our max power output is, and what our FTP numbers are. The list goes on and on. I hear the numbers some of the pro men can achieve in sprints, TTs or the grand tours. There is even a toaster challenge that pits a male track cyclist against a toaster to see if he can produce the watts needed to toast a piece of bread. (see here) https://www.youtube.com/watch?v=S4O5voOCqAQ The numbers are out there for men and they openly talk about it with each other.

For women, the numbers are lacking. If you look hard enough you can find bits and pieces of information, but when you compare it to what is out there for men—the discussions about power, race data, it seems awfully quiet on the women’s side. Why is that? It’s not that women don’t have the data or don’t care. I know they do, I know I do! In the last few years I have become a data freak, almost to a fault. I went from someone who didn’t even have a computer to someone who religiously looks at my numbers, keeps a journal about every ride and every race, and I am certain I am not alone.

Let me get back to the point, this discussion is not just about me the individual, rather all of us women in the sport. Why is it that we are so reluctant to share information? Have you ever gone on Strava to see how many pro women are on there? Recently I did just that and was pretty surprised how many of them did not have a profile, or if they did it was rarely used. I then went out to look and see how many of the pro men were on Strava and found quite a few. Now, for full disclosure until recently I did not have a profile that I used regularly either. Maybe for the same reason there are so few pro women on it. I didn’t want everyone to know what my training was or how much I was riding, or whether I was having a good day or bad day. But maybe that’s part of the problem. In worrying about keeping my training and my data secret I have cut myself off from having any meaningful dialogue with the women I ride and train with. Sure I can talk to my husband and coach about my numbers, and I can hear about theirs.  At the end of the day their numbers mean nothing to me because we are so different. The numbers they throw around are like unicorn numbers; they are not relatable nor are they achievable for me. It’s a nice conversation but that’s about it. The same goes for all of the data released by the pro men, just more unicorn numbers.

A common theme discussed in regards to women’s cycling is how to grow the sport. There are a lot of differing opinions on this topic. One of the problems women’s cycling is faced with is that it does not get much attention. For the purpose of this discussion I am not addressing the overall lack in cycling coverage here in the states, but rather I am focusing on the even greater lack of attention women’s cycling receives. I will say there has been progress. In 2015 there were two attempts on the women’s UCI hour record and this Saturday, Evelyn Stevens will make her own attempt. This is something that can truly shine a light on women’s cycling. USA Cycling sold out tickets for the Stevens hour record in approximately 6 minutes, which is pretty awesome. With this attempt I think Stevens has the power to achieve even more than just breaking the record. She has the power to really inspire women cyclists everywhere, and I don’t mean by her performance, but by what she decides to share. Just imagine if she releases her data. Women all over could be informed, be inspired, and could ponder the possibility of “Could I do that?” Dialogues could begin about how she achieves her numbers, even heated debates. At the end of the day, that very discussion is part of what makes the sport so interesting, especially on the men’s side of the sport. If women in cycling opened up a bit more it could make it that much easier to care about it. If there is nothing to talk about then people simply won’t. I hope that Stevens decides to release her data and furthermore I hope she succeeds. This sharing of data and being open does not rest squarely on the shoulders of the pro women but starts with every woman in the sport being a little more open. Just because someone knows what your average watts were during a ride or race doesn’t mean someone can beat you. It may give them insight into how you ride but that is just part of what gets the win. There is so much more to it than that. This does not mean you have to post your entire training plan for everyone to see. It does however mean women need to be more open. I for one know it’s time for me to bring down the curtain. I was afraid to put myself out there but if I want to push myself and be pushed by others then it’s what I need to do and I hope you all do as well. Just imagine all of the conversations we can have with each other instead of just hiding.

I am a graphic/web designer who loves running, swimming and other outdoor activities. I was introduced to cycling after deciding to attempt a triathlon. After competing in several local triathlons, I decided I really enjoyed the bike portion, and wanted to try focusing on cycling. I enjoy riding with other local cyclists and love being part of an organized women’s team.

5 comments on “Time For The Curtain To Come Down”